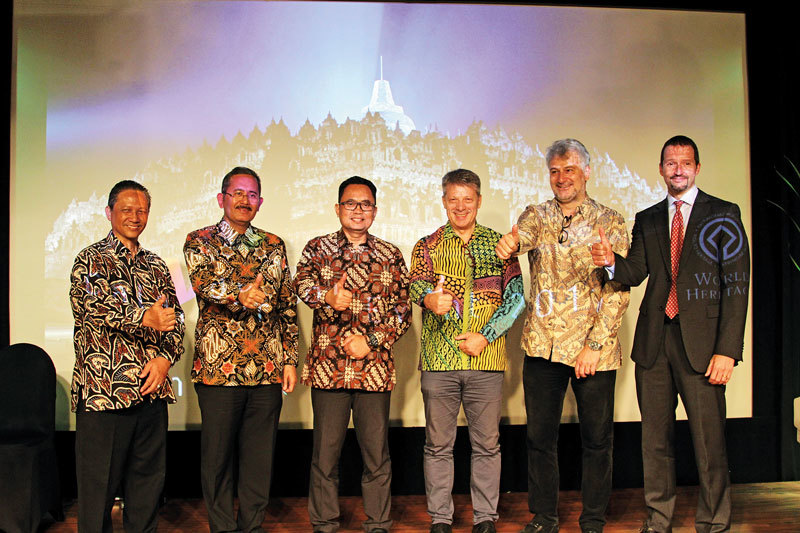 Together, they will create a special smartphone app for tourists who want to visit Borobudur Temple in Magelang. The app functions as a digital guide and provides on-site information about the world-famous Buddhist temple.

In detail, transmitter chips will be applied to several spots at the temple. When the tourists are close to those spots, the app will automatically send them information about the objects. This, of course, requires them to download and install the app first by the time they arrive at the main gate.

“This is optional. We don’t require each visitor to download this app as not everyone owns a smartphone,” TWC Marketing Director Ricky S.P. Siahaan said. “This app is available in 26 different languages including Indonesian and of course English, so the tourists can learn everything about this temple without language being a barrier.”

In addition, the app also helps to manage the crowds. 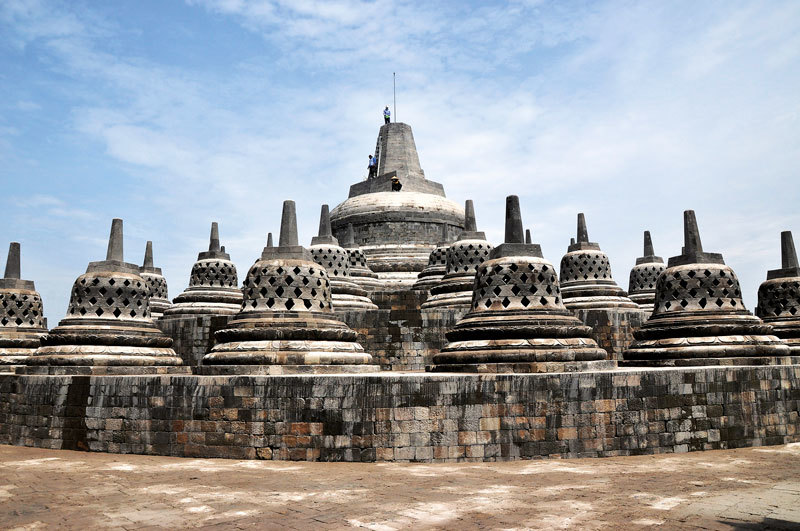 “It is similar to GPS [Global Positioning System] or other traffic and online map apps. It will show visitors the most crowded spots at Borobudur during their visit, so they can go to the less crowded ones while waiting for the others to leave,” Ricky continued.

“In 2016 alone, there were 5.9 million tourists, both domestic and international, visiting these three main attractions, with Borobudur being the most visited. Our target for 2017 is to attract 6.4 local tourists and 590,000 foreign tourists,” TWC President Director Edy Setijono said.

The Austrian team is scheduled to stay in Yogyakarta for two months to gather more information about Borobudur for the app. During that period, they will be assisted by TWC, Indonesian archaelogists, and the Indonesian Directorate General for Culture in order to provide and verify the historical facts. Once the app is successfully launched at Borobudur - creators are aiming to be finished between April and June - it will then also be applied at Prambanan Temple and Ratu Boko.

Besides the launch of the new app, TWC is planning to host a series of events throughout 2017 at all three sites, including the traditional ceremony Tawur Agung Pramanan at Prambanan Temple in March, Ratu Boko Yoga and Meditation Day in April and a Borobudur Photo Contest in May.