The Thompsons Are Doubly Honoured By HM Queen Elizabeth II

The British Ambassador’s elegant residence was filled with an enthusiastic and grateful crowd in late May when he organized a reception to present The British Empire Medal to not one but two British citizens in a heartwarming ceremony . The fact the recipients were husband and wife was an absolutely brilliant bonus. 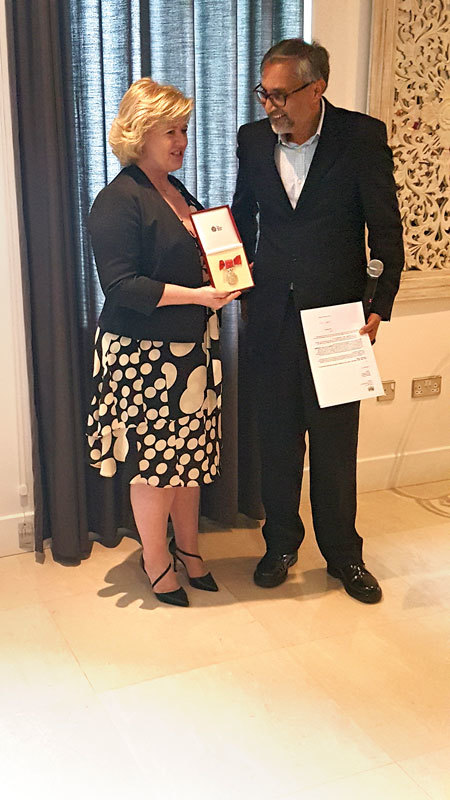 The British Empire Medal is one of the “honours” that the Queen can bestow on her citizens as a recognition of service to the community far beyond the expected, and in this case the furthest bounds of expectation were well exceeded by both parties.

Laura Thompson has served on virtually every committee open to her in her many years in Jakarta and is currently the Chair of the British Women’s Association which raises thousands of dollars for various charities, and she has done the same for the British Community Committee and the Java St Andrews Society. She is a tireless and always cheerful champion, and is incredibly popular as well as exceptionally generous with her time and effort. 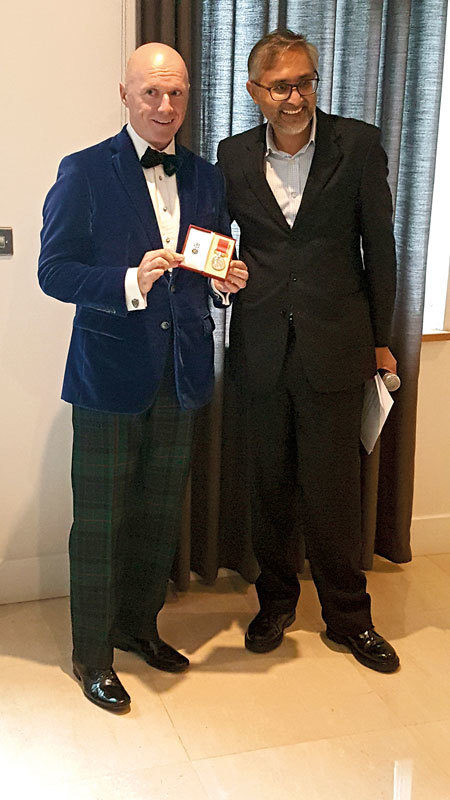 Husband Scott is someone who likes a challenge and decided to take this to the extreme, not once but three times. He did an “ultra marathon” in the Sahara Desert covering 250 km in five days , but that was not enough! He then ran 50 back to back marathons over 1250 km from Bali to Jakarta, exhausting everyone it seems but himself!

Then he decided to ride a “becak” from Medan to Jakarta , over 2000 km breaking every known record of virtually every sort! And from each he raised hundreds of thousands of dollars for cancer patients and education. In fact, he now has several schools named after him as a result - something he tends to quietly and humbly ignore .

This couple are the epitome of selflessness in a world of avarice and greed. They are humble, quiet and modest. They are an example that we should encourage all to follow and it is right and fitting they should be so highly honoured and recognized. Well done Scott and Laura , we salute you.