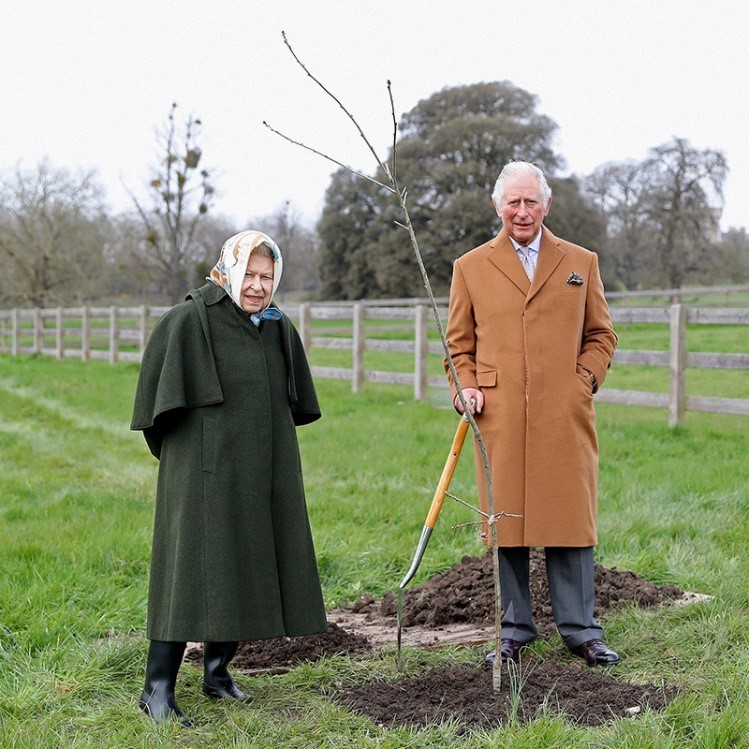 The tree planting on the grounds of the British Embassy Jakarta, followed by traditional British afternoon tea, is part of a series of events to celebrate the Queen’s remarkable reign. Her Majesty Queen Elizabeth II is the first British monarch to celebrate a Platinum Jubilee, marking 70 years of service. Tree planting is part of the Queen’s “plant a tree for the Jubilee” initiative – called the Queen’s Green Canopy.

Queen Elizabeth II celebrates a remarkable 70 years on the throne this year, longer than any other monarch in British history. Known for her quiet sense of duty and her devotion to a life of service, she has been an important figurehead for the UK, the 15 other countries for whom she is Head of State, and the Commonwealth during times of enormous social change.

Her Platinum Jubilee is being marked throughout the UK and around the world, with celebrations peaking in June. Reflecting Her Majesty the Queen’s love of nature, and the fact she has planted over 1500 trees during her reign; British people have been encouraged to join the celebrations by ‘planting a tree for the jubilee.’ A remarkable one million trees have already been planted across the UK as part of the ‘Queen’s Green Canopy’ initiative.

On the 18th of May, a Gaharu – also known as the Agarwood tree will be planted on the grounds of the British Embassy Jakarta by British Deputy Ambassador and Chargé d'Affaires Rob Fenn. The Gaharu Tree is native to Indonesia. It was chosen to symbolise the growing friendship between the UK and Indonesia; and both countries’ concern for the protection of forests.

Among the attendees will be guests from the Indonesian government, alumni of the UK’s famous scholarship programme Chevening that are working in the environmental field and Ambassadors of other countries for whom the Queen is Head of State.

In the UK, everyone from individuals to youth groups, villages, cities, counties, schools and corporates have played their part by planting trees. Many have learned about sustainability and environmental protection as they joined in – as the website gives advice on which tree to plant, in the right place, at the right time.

Together these trees will create a lasting legacy in honour of The Queen’s leadership of the UK, as the trees will last for many hundreds of years to come, benefitting future generations. The pandemic has reminded many of the importance of nature to mental health and wellbeing. Trees also have huge value to wildlife, providing a habit to many animals and plants.

Along with the new trees planted for the Queen’s Green Canopy, a UK network of 70 Ancient Woodlands and 70 Ancient trees have been selected to celebrate Her Majesty’s 70 years of service.

Ancient woodlands are at least hundreds of years old and form a priceless habit for rare birds and animals. This project will highlight the importance of ancient woodlands and how to look after them. All these woodlands are already being looked after in the right way – actively managed to bring the most natural benefit.

70 years on the throne

The Queen has become a much loved and respected figure across the globe. Her extraordinary reign has seen her travel more widely than any other monarch, undertaking over 260 official visits overseas, including nearly 100 state visits, including to Indonesia. This has made her “the UK’s foremost diplomat”, affirming old relationships and building new connections. No one has done more to strengthen the bonds of friendship, understanding and respect between the UK and the rest of the world.

Throughout years of tremendous change in international affairs, The Queen has been a source of continuity and stability. With her power to transcend politics and geography, she has touched the lives of millions of people around the world.

This June, in the UK and around the world, millions will celebrate her service. The Queen’s Green Canopy is one of many activities.