I recently had the chance to meet the new US Ambassador at his beautiful residence, writes Alistair Speirs, and was impressed by his directness and humour. Coming after the affable and very well admired Bob Blake, he has a great platform to build on. And with considerable experience already in the East (and a charming wife from Taiwan!) he may well master the intricacies of Indonesian culture quickly. We wish him very good luck in all he does and hope he is not put in a difficult position vis-à-vis this huge Muslim majority country by The White House! Here is his official CV. 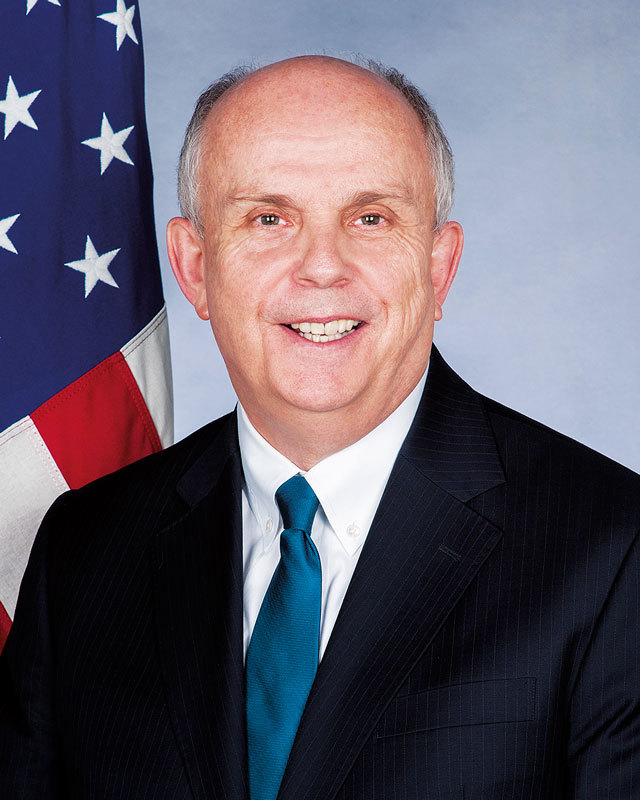 Joseph R. Donovan Jr., a career member of the Foreign Service, Class of Minister-Counselor, was sworn in as United States Ambassador to the Republic of Indonesia on November 4, 2016. He presented his credentials to the President of Indonesia, Joko Widodo, in January 2017.

Ambassador Donovan served most recently as Managing Director of the Washington Office of the American Institute in Taiwan. Previously, Mr. Donovan served as Foreign Policy Advisor to the Chairman of the Joint Chiefs of Staff at the Pentagon from 2012 to 2014, Associate Professor at the National Defense University in Washington, D.C. from 2011 to 2012, and Principal Deputy Assistant Secretary in the Bureau of East Asian and Pacific Affairs at the Department of State from 2009 to 2011.

Before joining the Foreign Service, he served as a Peace Corps Volunteer in Seoul, South Korea. Mr. Donovan received a B.S.F.S. from Georgetown University’s School of Foreign Service and an M.A. from the U.S. Naval Postgraduate School.