Environmental Relief in the Midst of Pandemic

One may see more clear blue sky and less polluted air since millions of people have been staying at home during the Covid-19 pandemic causing a significant reduction of global emission. After this all ends, is it going to be sustainable? Will people be mindful about our environment?

Three last global environmental initiatives, Earth Day, Earth Hour, and Climate Strike were celebrated by millions of activists and communities in the world from their homes since people have been practicing self-quarantine to curb the spread of the Covid-19 disease. Even though the general public have witnessed significant improvement with the sharp fall of global emission, blue sky, and clearer air, those campaigns remain active delivering the message to shape a commitment to reduce the global carbon footprint and continuously increase public participation to support sustainability.

Since China issued strict lockdown followed by people who were instructed to stay at home, factories were closed and temporary travel restrictions were imposed, causing the country’s carbon emissions fell by around 25% over a four-week period, equivalent to around 200 tonnes of CO2, according to the Carbon Brief Report. Over an extended seven-week period, the emissions were down an estimated 18 percent from the usual days, according to the recorded data from early February to mid-March. The air quality in China has improved, rising up to 11,4 per cent compared to the same time last year in 337 cities across the country.

In Europe, satellite images show nitrogen dioxide (NO2) emissions fading away over northern Italy with similar reduction is shown in Spain and the UK, BBC reported. In Jakarta, the city that also ordered an appeal of social restrictions, the air quality has improved categorised as healthy air with an average of PM2,5 is up to 18,46 µg/m3, according to the Air Quality Index.

Mongabay Indonesia reported that the air quality during social distancing is the cleanest in the last 28 years as many people using motor vehicles and air travel restrictions are limited. Many of Jakarta’s residents captured the blue sky on social media and feel that the air is fresher with less pollution than usual days before the city issued the self-quarantine order. Meanwhile, a recent study shows that countries' worse air pollution is linked to the higher risk of Cocid-19 death. In the last few years, Jakarta is considered one of the most polluted cities in the world. Based on the official data of Covid-19 disease in Indonesia, most of the death is reported in Jakarta, making the capital city a Red Zone.

Is it going to be a silver lining for the climate?

According to a release from the United Nations, the head of the UN Environment Programme (UNEP) Inger Andersen, has cautioned against viewing this as a boon for the environment. Andersen calls instead for a profound, systemic shift to a more sustainable economy that works for both people and the planet.

“We need to take on board the environmental signals and what they mean for our future and wellbeing, because COVID-19 is by no means a “silver lining” for the environment. Visible, positive impacts – whether through improved air quality or reduced greenhouse gas emissions – are but temporary, because they come on the back of tragic economic slowdown and human distress,” Andersen said on the statement on UNEP release.

Any positive environmental impact in the wake of this abhorrent pandemic, must therefore be in changing production and consumption habits towards cleaner and greener. According UN Evironment, only long-term systemic shifts will change the trajectory of CO2 levels in the atmosphere. “So, in the aftermath of the crisis, when economic stimulus packages composed of infrastructure are designed, there is a real opportunity to meet that demand with green packages of renewable energy investments, smart buildings, green and public transport, etc,” Andersen said.

The wild must be kept wild

Humanity’s expansion on the terrestrial earth surface means that, today, human activity has altered almost 75% of the earth’s surface, squeezing wildlife and nature into an ever-smaller corner of the planet. And yet, nature is critical to our own survival: nature provides us with our oxygen, regulates our weather patterns, pollinates our crops, produces our food, feed and fibre, but it is under increasing stress. According to IPBES, we have seen 100 million hectares of agricultural expansion in the tropics between 1980 and 2000, roughly equal to the size of France and Germany combined.

“The wild must be kept wild. It is time to restore our forests, stop deforestation, invest in the management of protected areas, and propel markets for deforestation-free products. Where the legal wildlife trade chain exists, we need to do a far better job of improving hygiene conditions. And of course, there is the urgent need to tackle the illegal wildlife trade, the fourth most common crime committed worldwide,” Andersen added.

As the engines of growth begin to rev up again, communities need to see how prudent management of nature can be part of this “different economy” that must emerge, one where finance and actions fuel green jobs, green growth and a different way of life “The health of people and the health of the planet are one and the same, and both can thrive in equal measure," Anderson closed his statement. 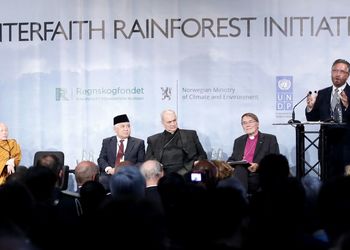 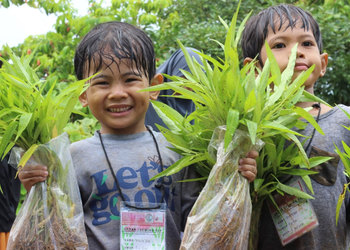 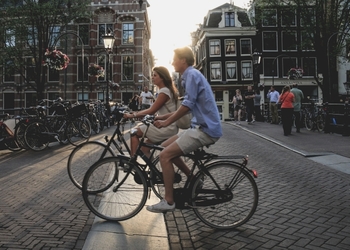 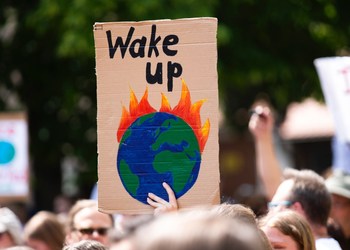 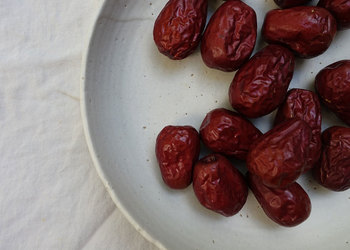 Coronavirus: Practicing Green Ramadan? Here’s What You Can Do during The Month