Our planet is dying, and one of the most pressing environmental problems is plastic pollution. How much plastic waste do we actually produce, and how can we manage it?

According to Our World in Data, the world has produced two million tonnes of waste per year since 1950, which is to say, this is roughly equivalent to the mass of two-thirds of the world population. On an annual basis, this gets more complicated by longer lasting wastes. There has been a significant increase from two million tons to 448 million tonnes in 2015. The production is expected to double by 2050.

Plastic pollution is most visible in developing Asian and African countries where waste management seem to be inefficient and non-existent, damaging the entire ecosystem as a result. In Indonesia, plastic pollution is a huge problem and a very real enemy. The country was ranked the world’s second largest contributor of plastic waste after China. According to Indonesian Environment and Forestry Minister, Siti Nurbaya, 9.8 billion plastic bags are used domestically each year and almost 95 per cent of these plastic bags end up as waste. As of plastic straws, it is estimated that the total number of wastes has aggressively soared up to around 93 million.

Having said that, with around 267 million souls living in this country, the production of plastic waste reaches more than 190,000 tonnes each day. Plastic is estimated to contribute around 25,000 tonnes per day to total waste of which, at least, 20 per cent is believed to end up in rivers and coastal waters.

Meanwhile, the government’s plan to impose new tax—on the producers of plastic bags rather than the retailers who sell them—seemed to fail. The reason is lack of awareness and a major policy response, researchers said.

Moreover, industry is one of the Environment and Forestry Ministry’s top priorities in the battle against plastic waste problems, according to the ministry’s waste management director general, Rosa Vivien Ratnawati. Based on reports from the Jakarta Post in January 2019 Rosa stated, “We want to urge [businesses] to shift their paradigm in manufacturing their products, such as by using more environmentally friendly materials, as part of our efforts to cut down on waste production in the upstream.” In context, the plan will cover three major industries such as F&B manufacturing, F&B services and retail. 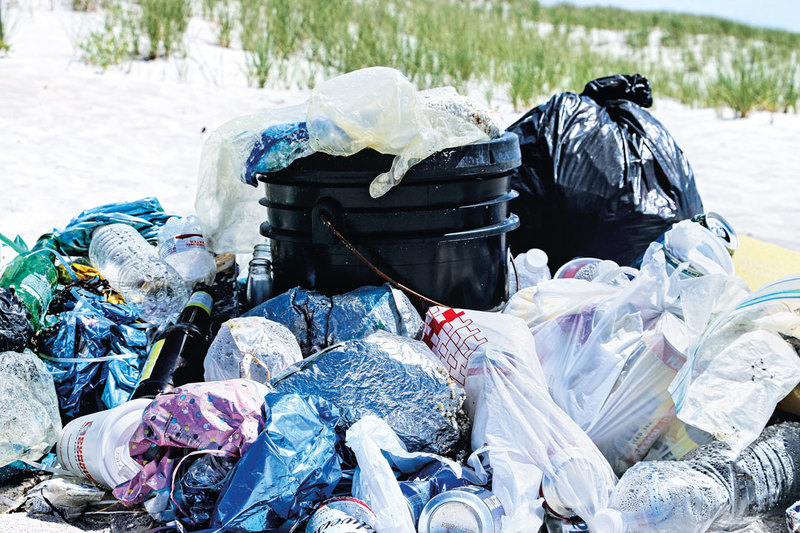 In support of all these projects, NOW! Jakarta launched Say Yes to Less, a programme dedicated to address the issue of food and plastic waste and find potential solutions within culinary businesses with excellent waste management policy. Alistair Speirs, founder of NOW! Jakarta and Most Valued Business (MVB) stated that there needs to be a major transformation on the culinary business to redefine their waste policy, especially since the sector is the leading contributor of waste.

“That’s why we bring different parties together to get the full picture of food waste problem, hoping that people will connect with each other and build an alliance to make a significant change and see how culinary industry could contribute to waste reduction,” Alistair marked. In the future, Say Yes to Less will be organising seminars and workshops open for F&B businesses supporting to combat this never-ending waste problem.