Most Valued Business (MVB) Indonesia — The Year in Review

This was the fourth year of MVB’s development and was by far the busiest and most successful, with a total of ten events, most of which were oversubscribed. Here is a quick overview of the seminars and workshops that we ran, mostly in partnership with major embassies and chambers of commerce.

The seminar at SGS Academy, a purpose-built teaching facility, was attended by 30 participants, MVB members and companies from various industries. SGS Indonesia Managing Director, Shashibhushan Jogani opened the seminar and welcomed all participants to the SGS Academy and introduced Pantja Nugraha as Product Manager Registered Lead Auditor of SGS Indonesia who made his presentation on Sustainability Reporting and ISO 26000.

Sustainability Reporting has become compulsory for publicly listed and financial services companies according to the agreement no. 51/POJK03/2017 published by the Financial Services Authority of Indonesia, and since then every listed company needs detailed knowledge and information on how to create the report and how it can best be used.

On 8 May 2019, Most Valued Business (MVB) Indonesia together with the Embassy of Denmark hosted the Sustainability and Circular Economy Seminar in Raffles Jakarta.

The Danish Ambassador, H.E. Mr. Rasmus Abildgaard Kristensen opened MVB Seminar about Sustainability and Circular Economy at Raffles Jakarta. Vibeke Grupe Larsen, a Danish Architect, a specialist in Sustainable Design and Construction, was the first to present, she delivered her presentation about the effect of climate change to the world and how sustainable architecture is essential to Sustainable Development Goal no. 11 on Sustainable Cities and Communities and no. 12 on Responsible Consumption and Production.

Next speaker was John Sommer, the Director of Strategy & Business Development at MT Højgaard, one of the leading construction companies in Denmark known for being at the forefront of development of new technologies and processes. He explained about sustainable and circular construction, how it can be implemented and what are the technological and systemic challenges and opportunities.

“It is no longer possible for any city, including Jakarta, to ignore the fact that they can and must implement proven practices to improve the life of their citizens. In working with Denmark, we have actual examples of best practices which Indonesia can—and should—adopt!” MVB Chairman, Alistair Speirs remarked.

The MVB seminar in July about sustainable fashion in Indonesia invited experts and industry players to discuss the potential movement towards sustainability from textile to garment business.

Sustainability Specialist, Marina Chahboune said that the shift to a circular fashion system has already begun with 12.5 per cent of the fashion industry committing to circularity, including the biggest retailers

Miss Earth Indonesia 2018, Ratu Vashti Annisa has joined the campaign with MVB Indonesia to raise awareness about sustainable fashion through a personal approach and put herself as a role model for eco movements in the country. 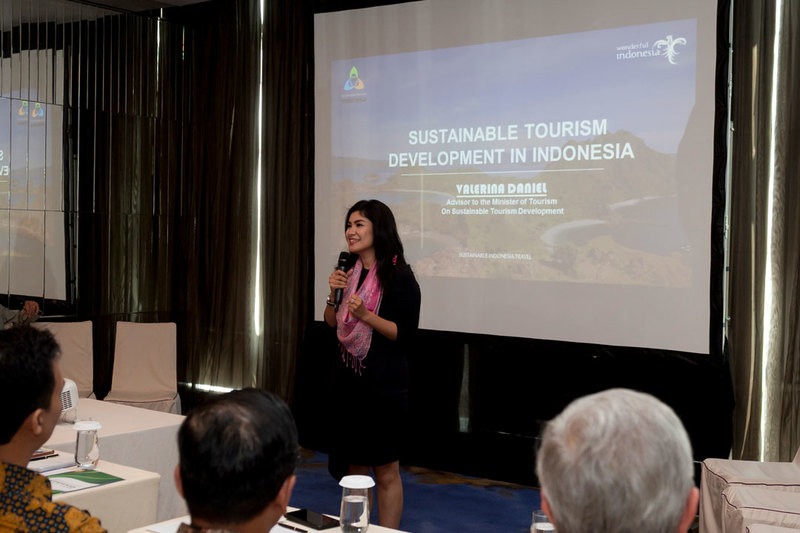 A number of key tourism figures joined MVB champion, Alistair Speirs, in addressing the issue of sustainable tourism in the hopes of providing a forum for industry players to exchange best practices and information on sustainability as it impacts tourism. Co-hosted by the Swiss Embassy in Jakarta, this particular series of the MVB Seminar was a unique opportunity to raise awareness of the development of sustainable tourism in Indonesia in government, private sector decision-makers and the public, while mobilizing many stakeholders to work together to make tourism a catalyst for positive change.

Representing the Department of Tourism and Culture of DKI Jakarta, Hari Wibowo outlined Jakarta’s greatest tourism asset, which included shopping, dining, nightlife, spas, golf and the unique ‘Thousand Islands’. Country Director of Swisscontact, Ruedi Nuetzi, then followed up by informing the audience about the development of three new destinations and the ways in which their expertise is helping.

AB Sadewa from Panorama Group shared their outstanding effort of ‘giving back’ to Lombok after the earthquake, helping to create a tourism village that will last, creating a sustainable tourism model from scratch. Yoga Iswara then came forward to explain how the movement Suksma Bali was designed to rebalance Bali after the impacts of tourism. His was one of the instigating movements behind the banning of plastic bags in Bali. Water is another crisis in which Suksma Bali is currently looking into. Didier Perez from PT PIPA further elaborates the issue during his session.

The fact that Bali has a thriving wine producing industry helps the island to be sustainable, Kertawidyawati from Hatten Wines explained. The role of nature in sustainability was then highlighted by Budi Santosa, Director of Development of The Nature Conservancy.

MVB invited Sean Nino from Eco-Mantra. Sean is a young man pursuing his dream of making Bali a better place, and he does this by coming up with practical solutions for the tourism industry that all players can embrace. Vanessa Letizia from Greeneration Foundation told the audience about young ‘Eco Rangers’ being they eyes and ears defending tourism.

Piet Van Zyl from Positive Impact Forever followed up by sharing his expertise on waste management using a no compromise approach to get waste under control.

The Royal Ambarrukmo Yogyakarta broke the trend of forgetting culture as a focal point in tourism by preparing a beautiful array of cultural offerings to remind us of what is important. 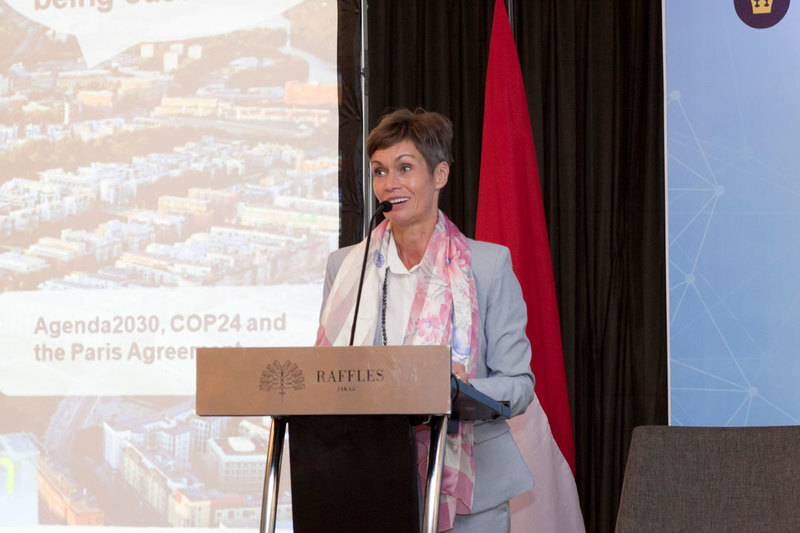 Most Valued Business, in close cooperation with The Embassy of Sweden Jakarta and Business Sweden organised a highly successful seminar on 1 and 2 October in Raffles Hotel Jakarta to take the conversation on where and how we should live and work now and in the future.

Marina Berg, the Swedish Ambassador to Indonesia said, “In a Smart City, innovations, digitalisation and environmental and climate technologies create opportunities for meeting our society’s challenges in an efficient and sustainable way. Meeting the urban challenges and improving the quality of life for urban citizens requires an integrated and holistic approach to urban development.

Erik Odar, on behalf of The Swedish Trade and Investment Council said “The world-renowned Swedish companies and public institutions taking part in this program are here to demonstrate their commitment to even further increasing business collaboration and investments in Indonesia, particularly on smart city and infrastructure.

The Seminar was divided into two daily sessions, each with opening speakers, followed by presentations by top Swedish Companies then followed by workshop sessions where all participants could get involved and interact with the speakers and panellists.

The main sponsors and speakers from Sweden were:

The highlight of the seminar was a special appearance by the Governor of West Java Bapak Ridwan Kamil, who gave a brilliant overview of his vision—and action—in taking West Java, Indonesia’s most populous province, into the 21st century.

Ministry of Research and Technology (RISTEK/BRIN) fully supported the initiative from the partners behind “Fuse Jakarta” to hold a seminar and roundtable on 13 November 2019 themed Innovation Driving Sustainable Business, the organizing Partners were Renesans Consulting, MVB Indonesia and Bisnis Nordic.

MVB’s plans for 2020 are even more adventurous with a Sustainability Fair planned and a full Expo.

For more information go to www.mostvaluedbusiness.com