PT Bank Danamon Indonesia invites sports enthusiasts and runners to mark their calendars on 10 September and participate in the “Danamon Run 2017”. Registration opened on 24 May through the official website www.danamonrun.com. 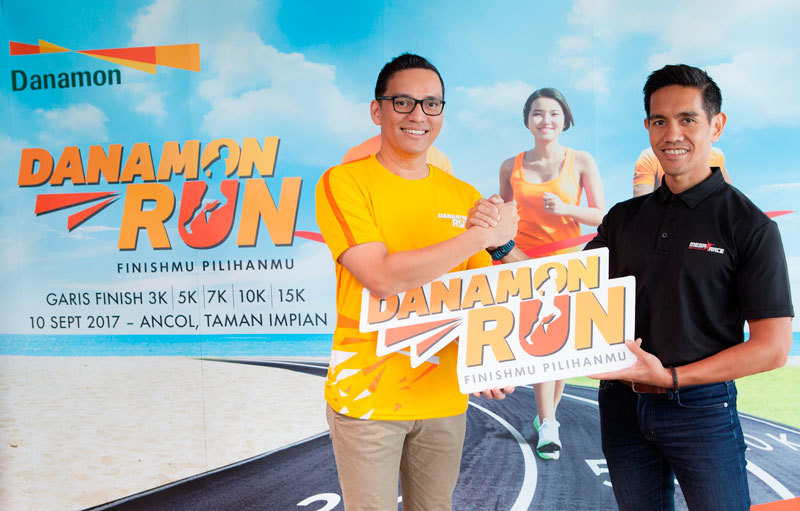 This is the first time for Bank Danamon Indonesia to organize a race. Therefore, the company collaborates with renowned race organizer MESA Race in order to create a unique and different concept.

In the “Danamon Run 2017”, professional and novice runners can both join, so the experienced runners can motivate and inspire the other participants. It is the first run race in Indonesia where participants themselves can choose the distance for the race. There are five different distance options; 3 Km, 5 Km, 7 Km, 10 Km and 15 Km. For each distance, the runners get a medal.

According to the Chief Marketing officer of PT Bank Danamon Indonesia, Toni Darusman, the concept of “Danamon Run 2017” was developed in relation to the company’s tagline ‘Saatnya Pegang Kendali’ (It’s time to take control). Through this event, he said, PT Bank Danamon Indonesia wants to give the runners the chance to participate in the race according to their own abilities.

“Danamon Run 2017” is open for participants from all fields. They can run as an individual or in a group. Beside the previously mentioned medals, the fastest runners will receive prize money in the form of a savings bank account. Sign up now for a special early bird price at IDR 75,000 per person (limited quota). Further information will be announced in June.