Music of Love: Concerts in February

If I were to mention an Indonesian choir that has won top prizes at various choral competitions in Europe, many if not most of us would immediately think it was a reference to, well, that one single choir you are now thinking of. Granted, regular readers would be aware that there are in fact several local choirs that have managed to garner international accolades. Among these select few is The Archipelago Singers who will set the Valentine’s day mood for Jakarta’s music lovers this month. 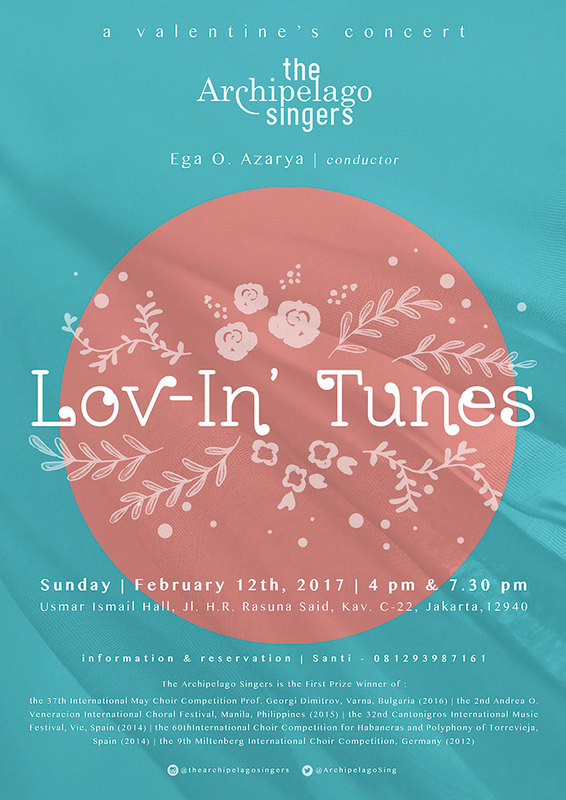 One may find it especially inspiring that, as with perhaps most of our choirs, they are by definition amateur singers coming from all walks of life: lawyers, doctors, IT specialists etc. However, there is nothing amateur about their standard of singing as proven through their victories including 1st prize in the Mixed Choir category at the 2014 Cantonigros International Music Festival in Spain, 1st prize in the PolyphonyCategory and best interpretation for Popular Habaneras at the 60th International Choir Competition for Habaneras and Polyphony of Torrevieja, Spain, 1st prize in the Folklore category (winning also the audience’s prize) as well as 2nd prize in the Classical Music category (with Golden Diploma for excellent international achievement) at the 9th International Choir Competition in Miltenberg, Germany. Not bad for a choir that is less than a decade old.

The programme for this concert will consist of choir arrangements of various well-known love songs including “At the Beginning” from the movie Anastasia, and “Someone like you” from Jekyll and Hyde. 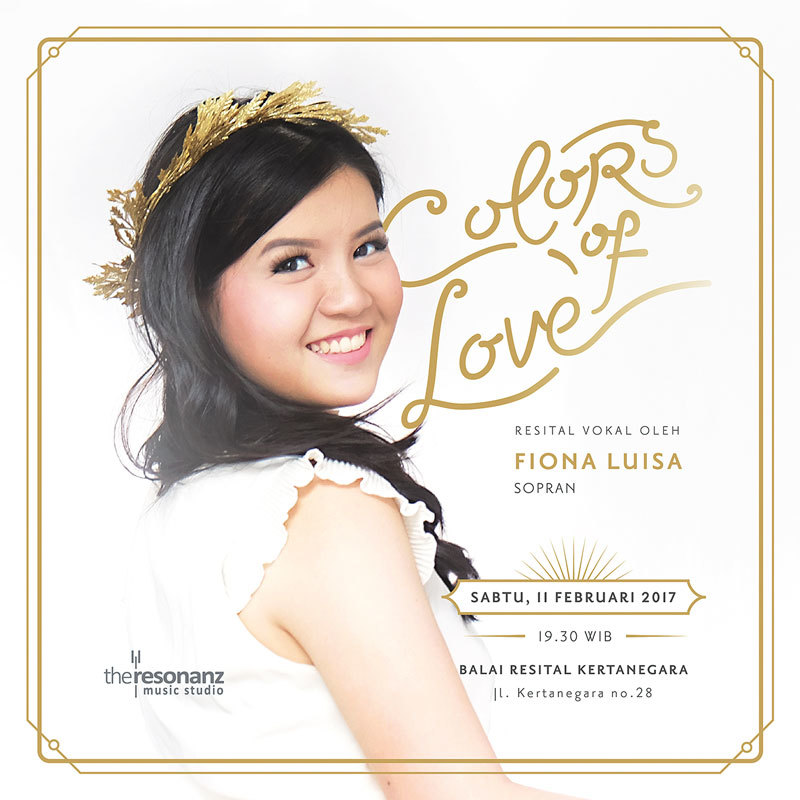 Meet young Indonesian soprano Fiona Luisa. This may be her debut recital, but it is by no means her first time singing on stage. At such a young age, she has already contributed to numerous victories as a member of the prestigious Batavia Madrigal Singers since 2009 including top prizes in choral competitions in Germany, France, Italy, Bulgaria and Spain. She is also the assistant conductor for the internationally renowned The Resonanz Children’s Choir (TRCC).

The programme for her concert celebrates the long held tradition of setting poetry to music including Notre Amour (Silvestre/Fauré), Gretchen am Spinnrade (Goethe/Schubert), Two Remembrances (Else Lasker-Schueler and Frau Ava/Andre Previn), and Bumi Hijau (Rendra/Embut).

Fun with facts. Schubert composed over 600 songs for voice and piano, contributing significantly to the genre of German Art Song, or Lied. He composed Gretchen am Spinnrade in Vienna three months shy of his eighteenth birthday, inspired by Goethe’s Faust.

The music for Two Remembrances was composed by award-winning pianist-conductor-composer Andre Previn. Setting texts from expressionist poet Else Lasker-Schüler and Middle Ages poet Frau Ava, Previn combines the voices of these two women, despite the 700-year time lapse, to produce a work with a timeless and universal theme: love.

Lastly, in case you’ve never heard of TRCC, then while waiting for their next concert later this year, I would reccommend typing “TRRC Franz Biebl” into your YouTube search engine to get a glimpse of what you’ve been missing. You’re welcome.