The amount of work Pyotr Ilyich Tchaikovsky was juggling while he simultaneously labored to complete his last ballet, The Nutcracker, and subsequently the compilation which was to become popularly known as The Nutcracker Suite would amaze us today as much as it overwhelmed the composer himself. 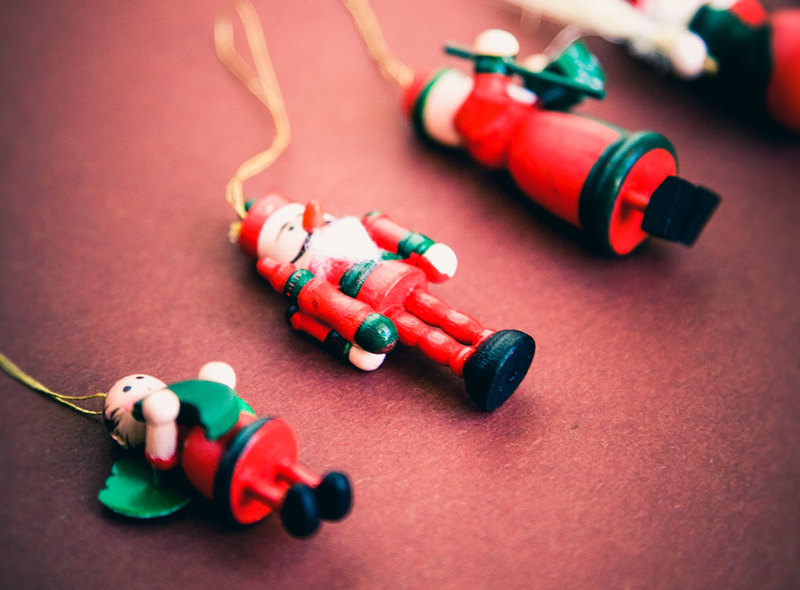 The premiere took place in December 1892 in Saint Petersburg at the Mariinsky Theatre. We know from an interview with the composer published in the Odessa Leaflet in January 1893 that the ballet “was staged quite well: it was lavishly produced, and everything went off perfectly,” but he disappointedly observed that “it seemed to me that the public did not like it. They were bored...”

Perhaps the suite was to blame. It was premiered in the same city in March that same year at the ninth symphony concert of the Saint Petersburg branch of the Russian Musical Society. Days after the premiere Tchaikovsky described the performance in a letter to his principal publisher and friend, Pyotr Jurgenson, as being successful and that it would not hurt to print it. Indeed, by the time the ballet was first performed, not only had the full score and orchestral parts of the suite been published, it had even reached the other side of the world being performed in Chicago in October 1892 under the baton of Theodore Thomas. The instant popularity of the suite, while sweet, may have inadvertently acted as a spoiler instead of the intended trailer to the ballet. Either that or Tchaikovsky misinterpreted the audience’s reception.

In any case, both works have since enjoyed timeless success being particularly popular during the Christmas season. Jakarta’s music lovers will have the opportunity to enjoy a fine performance of the full suite at the wonderful Aula Simfonia Jakarta this month with Eunice Tong Holden conducting the Jakarta Simfonia Orchestra (JSO). This is one of those works that can be easily enjoyed by everyone including those who aren’t typically inclined to the classical repertoire as one may easily recognize many melodies from, well, anywhere from a beloved childhood cartoon to scenes from movies which have nothing to do with E.T.A. Hoffmann’s “The Nutcracker and the Mouse King” or Alexandre Dumas’ simplified adaptation upon which Tchaikovsky’s ballet was based.

Particularly familiar may be the Dance of the Sugar-Plum Fairy which has appeared in popular culture from The Simpsons to Plucky Duck’s Video Game Blues. Originally, this should feature a heavenly sounding instrument called the celesta. Tchaikovsky heard the instrument for the first time in Paris and described it in a letter to Jurgenson as “something between a piano and a glockenspiel with a divinely beautiful tone.” The point of the letter was to ask Jurgenson to order one so that it may be used in the ballet, but it is amusing to note such specific instructions as “Have it sent direct to Petersburg; but no one must know about it. I am afraid Rimsky-Korsakov or Glazounov might hear of it and make use of the new effect before I could.” I mean like, Tchaikovsky, please…

The first half of the above concert features various Christmas carols and the music of Leroy Anderson. It is part of a two-day series the first of which also features a Christmas carols sing-along with the Jakarta Oratorio Society (JOS). You could also just go to church and sing along for free. Many churches in Jakarta provide services in your language, even if your language is Korean, and many have decent choirs as well. That said, Aula Simfonia is sort of part of a church. What you won’t find at the average church though is the second-half performance of Handel’s Messiah (part I) by JOS and JSO conducted by Eunice Tong Holden.

If you want just the Christmas carols and hymns but in the hands of pros or at least semi-pros, and if you do not mind forking out some gold coins as long as it is for a great cause that will return you your money’s worth in warm fuzzy feelings, then you should consider the Christmas hymns charity concert by Yayasan Musik Amadeus Indonesia titled Joy to the World. The self-explanatory program above will be performed by the Amadeus Symphony Orchestra in collaboration with GMI Jakarta Pusat Singers and combined choirs. As in previous years, all proceeds are donated to Yayasan Pendidikan Harapan Papua which focuses on providing quality education in remote areas in Papua. You can learn more about them on their website www.yphpapua.org or by calling Anita Purwanti at 0811-894-1500.