Giovanni was invited by the Embassy of Italy and Istituto Italiano di Cultura to hold his first piano recital in Jakarta on April 8th. He collaborated with renowned Indonesian pianist Ananda Sukarlan for this concert, as well as with three gifted students from the Ananda Sukarlan Centre who had amazed the invitees with their impressive performance during the “meet and greet” session the day before the concert. 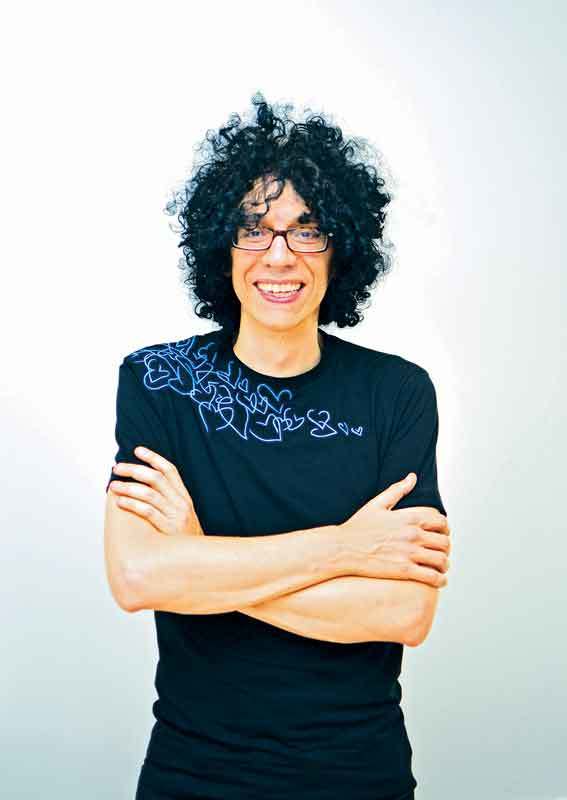 Giovanni Allevi is a man full of surprises. Although he is arguably unknown to the Indonesian public, Allevi has a big name in his home country. Tall with frizzy hair and glasses, Giovanni is known as a soft-spoken musician with a child-like enthusiasm about his art. He wears casual shirts on almost every occasion and seems to enter into his own world when his fingers are dancing over the piano keys.

Giovanni started to play music at the tender age of five when he found an abandoned piano at home. “I wasn’t allowed to touch the piano at first. One day when my parents weren’t home I tried to play and I fell in love instantly. I learned how to play piano by myself for the first five years before my dad sent me to a music school. Since then, my life has revolved around music and piano”. He now has a PhD in Philosophy and two Conservatory Diplomas with top marks in Piano and Composition, and has released eight studio albums since 1997.

He is also known for his social and humanitarian work as the Ambassador for Save the Children. Despite his fame and success, the 47-year-old has suffered from anxiety problems and panic attacks for years. Luckily he was saved by the thing he loves most in life: music.

How would you describe your music in your own words?

According to the technical definition, there are two very different kinds of musical styles; classical and contemporary. I came from the classical construction that has traditional structures known as symphony, concerto and sonata, but inside those structures, I put my own rhythm and melodies inspired by today’s world; a touch of contemporary that makes it different from most classical compositions.

Was it difficult to introduce Contemporary Classical Music for the first time?

Of course it was! When I wrote it I felt peaceful and gracious, but when I started to play and explain my music, everything was a disaster. Many people, especially the cultural crowd, didn’t accept my music initially. Classical music is a system that doesn’t want to change, which I understand. However, I feel that I have a duty to open people’s minds to embracing something new. I’ve been fighting for ten years to introduce my music, yet it still feels like a mystery to me. I cannot force people to like my music, but it’s important to keep creating something new. I incorporate today’s music with classical harmonies so that more people, especially the younger generation, can enjoy it. 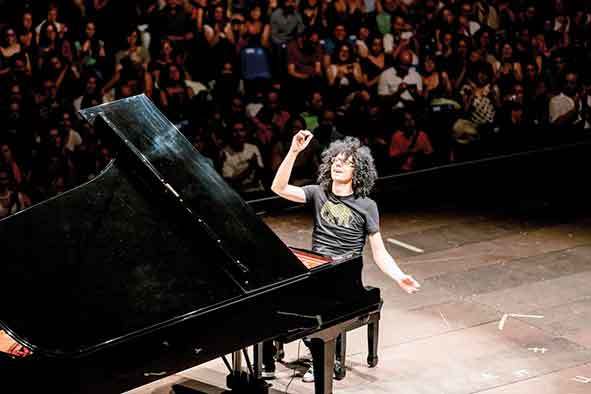 You are admired for breaking the rules of classical music, but also criticised widely, even being called a ‘product of marketing phenomenon’ once. How do you handle such criticism?

It’s a great honour to receive criticism. As a composer, I was criticised for changing the traditional system. At first I was hurt, but I learned that criticism happens to everyone who is brave enough to express their true soul. For me, music is all about freedom; it’s a way to get in touch with my inner child and to express who I really am. As for my casual appearance, I don’t wear jeans on stage to get more attention. I simply need to be myself and I think my attire doesn’t really matter because my music is the top priority. I’m in no position to debunk those critics, but they prove that I am heading down the right path. They have made me stronger; I used to scare off critics but not anymore.

You’ve told us earlier about your anxiety problem, do you still feel those insecurities today?

This problem has haunted me for a long time. My personal life has always felt like a disaster but when I’m on stage, those bad feelings go away and I’m the happiest man on Earth. Music saves me. Unfortunately, when I get off the stage, that negativity crawls back.

So what do you do to overcome those emotions?

Every time I feel anxious, I compose music to help me relax. I compose music when I’m in the supermarket, when I’m walking or even when I pay the bills; it’s an escape from my chaotic life. For me, music is like a woman; compassionate and mysterious. Music takes me away from my problems, so my duty is to love and worship it in every way I can. Music is the only thing that I am sure about in life.

Tell us about your activities as the Ambassador of Save the Children.

I’m really enjoying my role there. I visit children, especially those who suffer from terminal cancer, in hospitals and play piano for them. I also do many charity concerts for this cause. I want to do as much as possible to help them and their families through music, which I believe is a very powerful tool for healing. Seeing those brave kids smile gives me great inspiration. Childhood is the most magical time; I want to learn from them, from their way of living and their unlimited imagination. The other reason I love taking part in these activities is because I don’t want to lose the connection with my inner child, as through him I can see the world serenely.

Tell us about your future plans for your career?

I don’t really like the word ‘career’ honestly as it makes me nervous somehow (chuckles). My future project is to stay with you and all my audiences and share my music. For me, the most important thing is to live and enjoy the present. I don’t want to worry too much about the future.

Last question, what do you do when you’re not composing music?

I run. I love to run to get solitude; I do it at least one hour a day to switch off my mind about any troubles and problems in life. Of course I sometimes still write notes in my head while I’m running (laughs).